Oxfordshire is home to some of the most beautiful parts of the UK. It includes the idyllic Cotswolds – the largest Area of Outstanding Natural Beauty in England and Wales. Throughout Oxfordshire, you’ll also find a number of ancient market towns with rich histories. In this post, we’ll look at eight of these stunning towns and what makes each of them worth a visit.

Abingdon is a picturesque market town which is actually the oldest town in England. It’s also a civil parish. Constructed around 676AD, the abbey gave its name to the emerging town that grew around it. The town is packed with history, and the area was occupied from the early Iron Age.

There are even Roman defensive enclosure remains under the town centre. As the Thames river runs through Abingdon, there are plenty of serene riverside walks to follow. For a trip to the past, you can visit the Abingdon County Hall Museum. Its high arches once sheltered market stalls with a courthouse on the first floor. 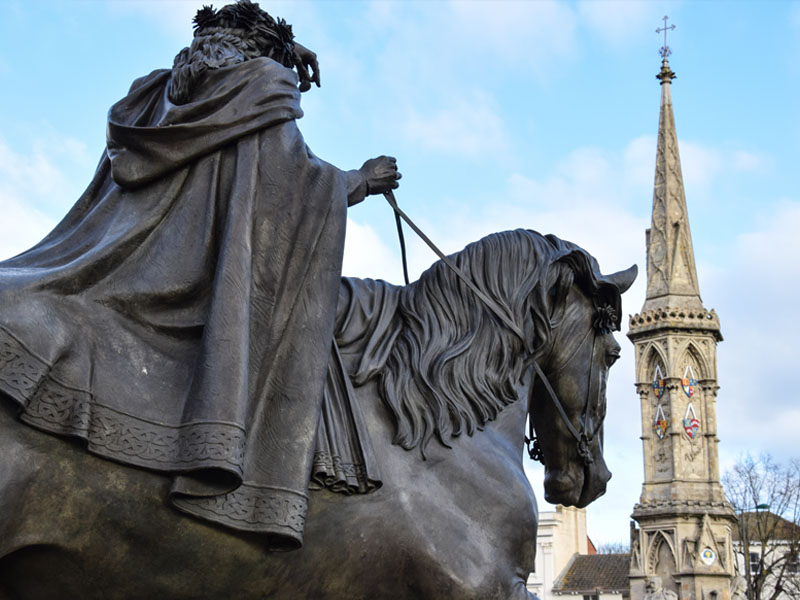 This ancient market town in Oxfordshire has a few historic claims to fame. It’s arguably most well-known for a nursery rhyme with the lyrics ‘to ride a cock horse to Banbury Cross,’ which may have been about Lady Godiva.

Banbury is also home to two inns, The Reindeer and Whateley Hall Hotel, which has been standing since the 17th century. Once called The Three Tuns, the hotel was once visited by famous author Jonathan Swift. He allegedly got the namesake character’s name for Gulliver’s Travels from a tombstone in a churchyard there. 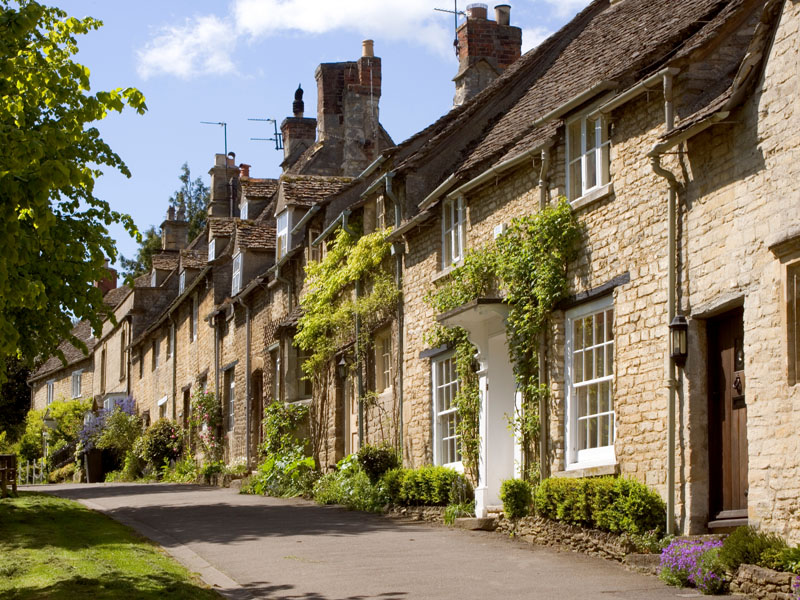 Burford is a small medieval town that lies on the river Windrush and was once known for its wool. Often called ‘The Gateway to the Cotswolds’, it’s most famous for its church which is considered to be one of the best in the UK.

It’s also home to the Tudor era Tolsey building. Built in the 16th century, the building was a meeting place for businessmen and merchants. It now houses the Tolsey museum which showcases the town’s cultural and industrial history. Burford also hosts a vibrant festival which launched in 2001, aiming to give back to the community and draw in new visitors. 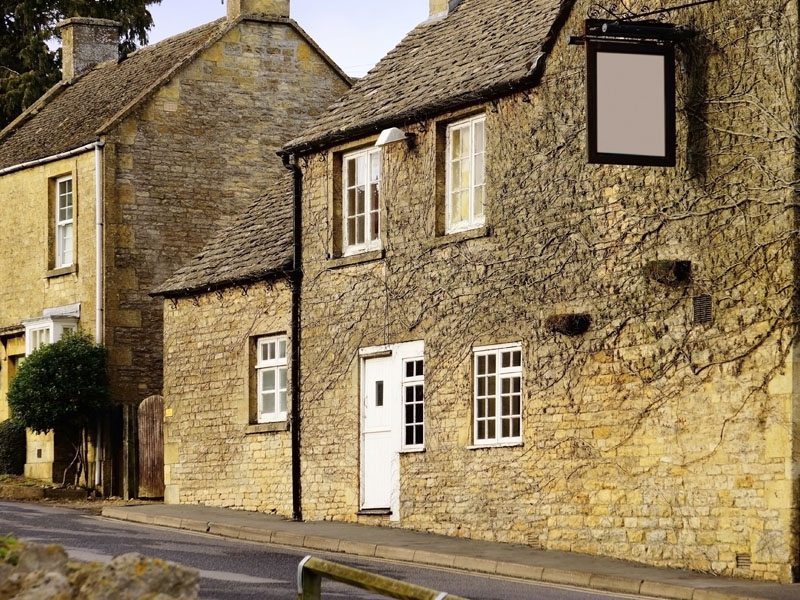 People often wonder where ‘chipping’ comes from in the unusual name of this Oxfordshire market town. Derived from the Old English word ‘ceapen’ which means ‘market,’ it shows that being a market town runs in its blood. The town’s other claim to fame is being the highest town in Oxfordshire. At 700ft above sea level, Chipping Norton is a good place to visit for anyone who likes hill walking.

If you want something unusual to do, check out the nearby Rollright Stones. These mysterious stones are a complex of three Neolithic and Bronze Age monuments and mark an ancient burial site.

Perfect for nature lovers, Henley-on-Thames is surrounded by green fields and wooded hills. It’s considered to be one of the prettiest market towns in the UK and is known particularly for its historic St Mary’s Church. Among rowing fans, it is also well-known for its annual Royal Regatta and attracts some of the world’s best rowers. There’s even a dedicate river and rowing museum to explore and you can take a boat down the river to get there.

Not a fan of rowing? No problem. Head to the magnificent Stonor Park which has been home to the Stonor family for 850 years. The park is also dog-friendly, but dogs must stay on leads at all times and they are not allowed in the formal gardens or children’s Wonder Woods. 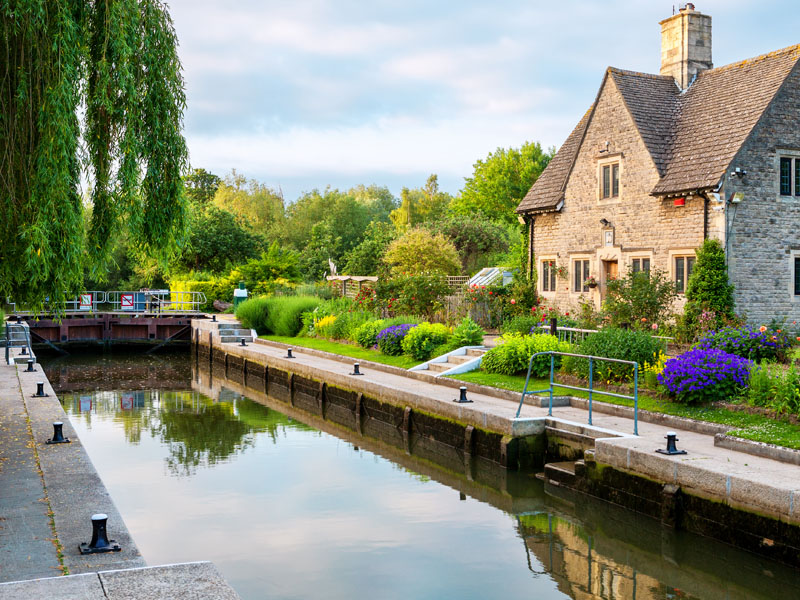 Thame is an ancient market town in Oxfordshire that was mentioned in the Domesday book in 1807. As you explore Thame you will see a variety of historical influences in the architecture, from the Gothic church to the Victorian town hall.

The church features gargoyles, stunning examples of Early English font and houses the tombs of the Quatremaine family from the 14th and 15th century. You can also visit the tomb of Lord Williams of Thame who played host to Elizabeth I at Rycote Palace when she was a prisoner. 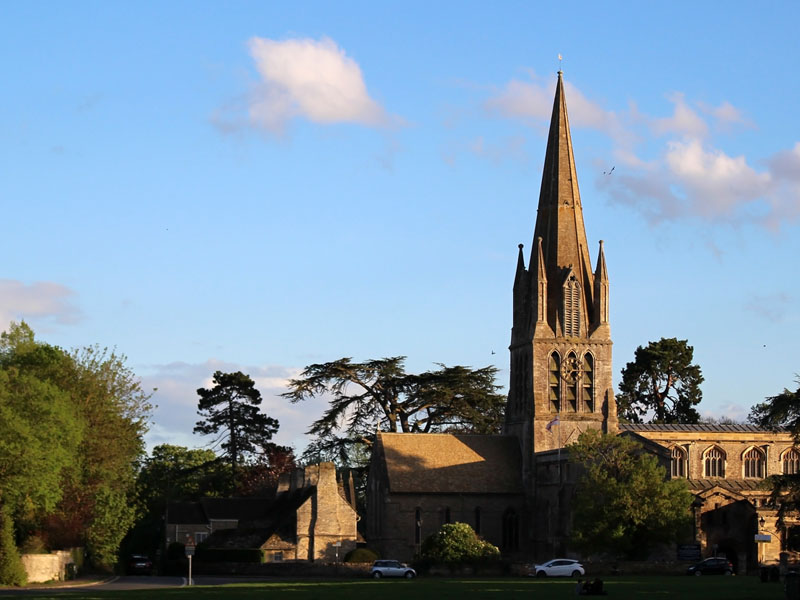 The history of Witney is built around its production of fine wool goods such as blankets and gloves. The name Witney actually means a heavy woollen cloth commonly used as a blanket and earned its name from the town’s trade. It’s the largest market town of the Oxfordshire Cotswolds and holds a twice-weekly market where visitors can enjoy buying local produce. While the town boasts an impressive history, there’s also a modern and busy high-street and four museums to discover.

Witney is the perfect place to stay if you want to make the short trip to the parish of Blenheim. In Blenheim you can visit the UNESCO World Heritage Site of Blenheim Palace where Winston Churchill was born. 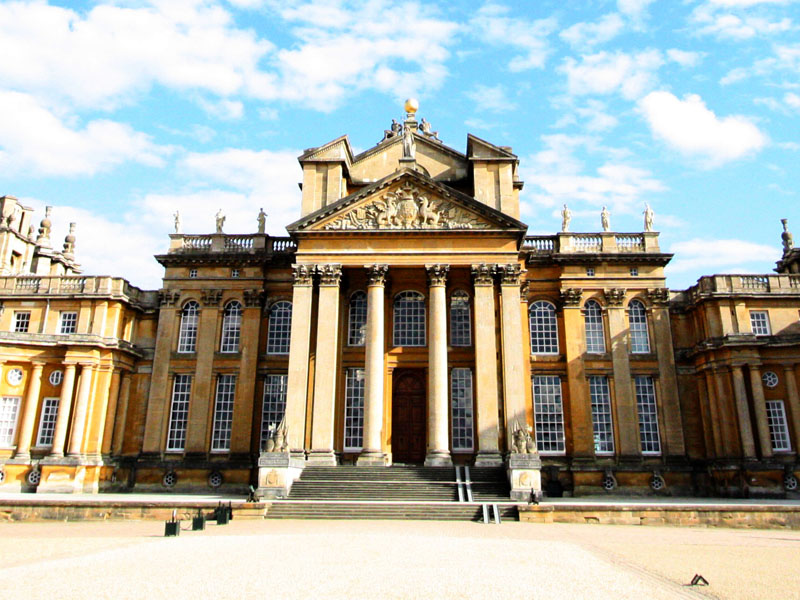 Woodstock is a tiny market town whose name came from the Old English for ‘a clearing in the woods.’ Like Witney, this Oxfordshire town has ties to the imprisonment of Elizabeth I as she was held in Woodstock Manor. Witney has an interesting layout as the River Glyme divides the town into New and Old Woodstock.

If you want something the whole family will enjoy, head to the Oxfordshire Museum. It occupies the historic Fletchers House and features collections around local history and art, archaeology and wildlife. Younger ones will love the dinosaur garden. It is home to a life-size replica of a Megalosaur, and its footprints which were discovered in a nearby quarry.

Best places to stay in Oxfordshire

As one of the UK’s most historic counties, Oxfordshire is packed full of ancient market towns. It also has some of the country’s most beautiful holiday homes. That’s exactly what we offer at kate & tom’s.

We’ve cherry picked the most stunning luxury cottages in Oxfordshire for you to enjoy, complete with swimming pools, hot tubs, tennis courts and more. If you want any more information about how we can help, feel free to get in touch with our team on 01242 235151.